Fitat60.com is an online fitness and nutrition program for people in their 60s.  60 is the new 40 after all! Making some small changes to the way we live now can significantly improve your zest for life today and well into your future.

A systemised approach for rapid growth.

For the past 7+ years 24HOURMARKETINGPLAN has been working with start-ups (minimum requirement $1m rev or $3m raised) and businesses scaling for raise or exit, providing them real, actionable marketing.  Not consultative theory, but “rubber-on-the-road” action that delivers leads, sales, data and brand equity. 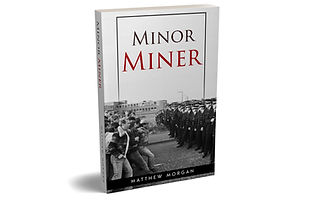 The gripping Thatcher/Scargill era conspiracy drama. My first novel and one of three from The Ellen Minor Series.
Download Now

Who is Matthew Morgan?

Find me on LinkedIN or drop me note here: